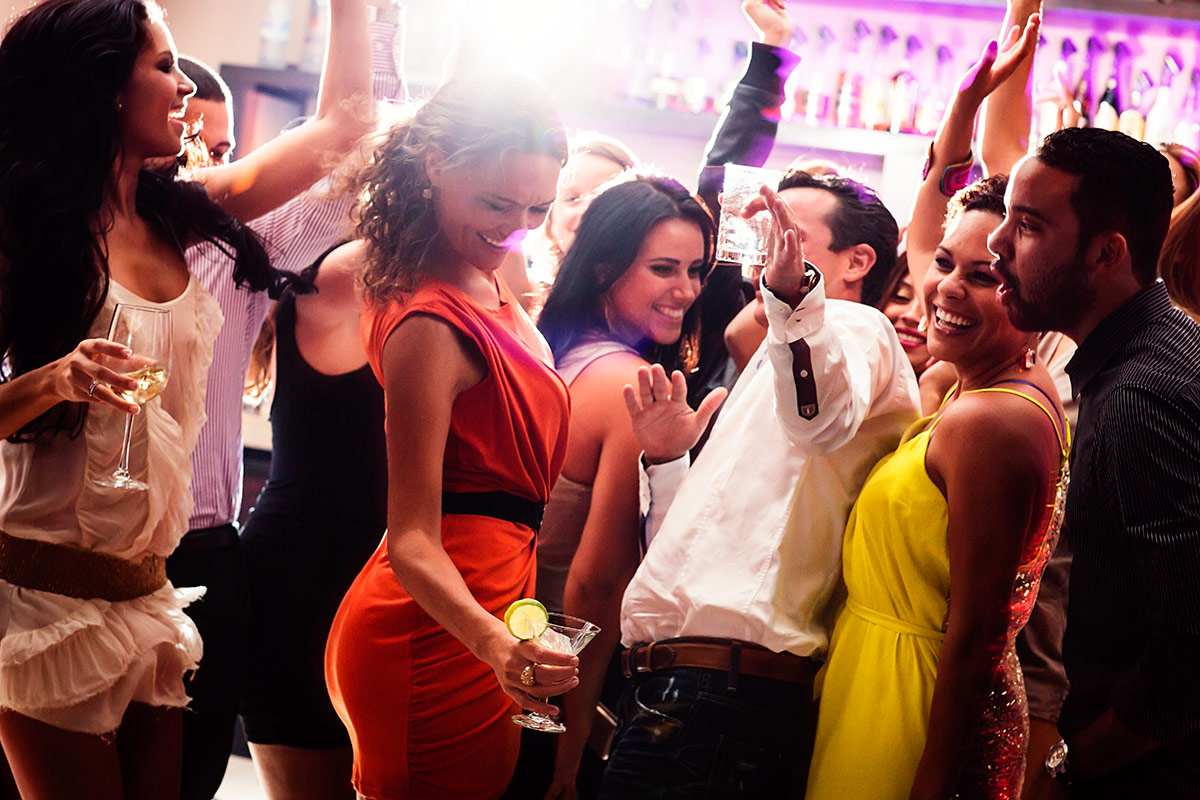 I visited Detroit for the first time in October 2016. Not only did I love the history, culture, and food of the city, I was blown away by the Detroit nightlife scene. To me, Detroit is America’s most underrated destination for nightlife, specifically Techno.

“Wait” – you might say – “Isn’t Detroit run-down and dangerous?” In fact, Detroit is going through a period of rejuvenation in the recent years. Sure, parts of the city are dodgy, but that’s part of what makes Detroit nightlife so interesting. Nightlife and techno culture has been in Detroit since the 80s (in fact it is where techno was born). The techno culture has stayed underground in Detroit, which makes it so much more exciting.

Read on to see what makes Detroit nightlife special and why I think Detroit is techno’s best kept secret.

“Why would you go to Detroit?!”

This is the unanimous reaction from my New York friends and new Detroit acquaintances when I told them we were visiting Detroit for the weekend in October. It started like this…

On a lazy & hungover afternoon late September, lying on my friend Grace’s couch in NYC, I didn’t have energy to do anything besides hit up dozens of my friends on Messenger to kill time. One of the friends I chatted to was Erik. Erik and I are music friends and we pretty much only talk about two topics: 1) Our mutual friend, Annie 2) Our love for dance music .

This time, Erik was telling me about his experience at Movement Festival in Detroit this past year. He said that Detroit was a really cool city, has an amazing techno scene (independent of the festival) and that he would totally love to go again. I was dubious… what could possibly be so interesting about Detroit and Detroit nightlife – it’s just a downtrodden industrial city, right?

I knew that Detroit was where techno was born. Europe ended up embracing it and it took a life of its own there. The techno scene in Detroit & the US, I thought, was left to its demise, much like Detroit itself after the auto industry crashed.

However, Erik said that Detroit actually still has a small but vibrant techno scene. And that techno is actually deeply rooted in its musical culture. Despite my skepticism, I was intrigued and decided of course to perform a Google search to investigate Erik’s claims. After reading just the first paragraph of an article about Detroit nightlife, I was sold.

If I had a nickel for every time I heard, “Wow, I never knew Detroit was this much fun!” I’d probably have enough money to cover my bar tab for at least three nights. Which is a lot, considering a night out in Detroit can start anywhere around 10 p.m. and go through 10 a.m. the following morning. Yeah, yeah bars close at 2 a.m., unless you’re in Detroit, where places like The Works run late and after-hours tucked away in the deep recesses of the city (such as abandoned meatpacking warehouses in Southwest and secret dusty loft spaces above restaurants downtown) blare beats until no one left standing is capable of throwing down music. And no matter how filthy or obscure the location, people would always show up.

Highly recommend the article for those who want to read about what it’s like to experience techno in Detroit, Ashley Zlatopolsky is a far better writer than I am!

There was this energy in Detroit I had never felt before, an energy I have yet to find elsewhere in the world, an energy, after being in places such as Berlin and Brooklyn, that STILL couldn’t be matched.

I needed to feel that energy! Immediately, I told Erik I was down, and being the techno fiends we are, we decided to go asap (in 3 weeks time) and stay for a weekend. I didn’t think I’d be able to talk anyone into going to Detroit with us. However, I guess it wasn’t all that surprising that my trusty music travel buddy YR (who has raved with me through Taiwan and Croatia) didn’t need much convincing to agree to Detroit.

Where to go for Detroit Nightlife?! 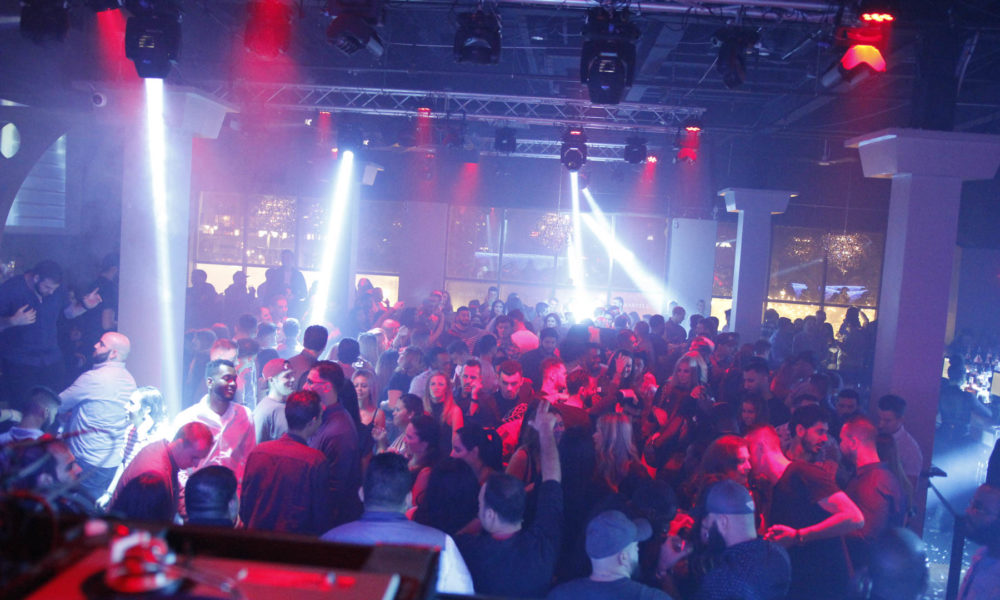 Since none of us knew anything about the techno scene in the city, nor did we know anyone from Detroit, we weren’t sure where to look for parties. After some hunting we came across this site Detroit Techno House which has a good weekly list of the techno parties on, so that’s what we relied on to find events.

We went to The Works on the Friday night, which was a small, nondescript club in central Detroit. The music was really good and the club gave off strong Berlin underground vibes. Even though the club was never crowded throughout the night, there was great energy among the crowd.

We also heard great things about Grasshopper and TV Lounge. However, the highlight of the weekend came Saturday night when we discovered the Detroit Pickle Factory.

It was on the Detroit Techno House website that we discovered the “Wicked Moon” party at the Detroit Pickle Factory. We listened to some of the artists’ Soundclouds and liked the music. Didn’t know anything else about the party or venue. We were a bit skeptical but went in the hopes that they’d at least serve some pickles there.

Night at the Detroit Pickle Factory

So on a mid-October Saturday night, in an old Pickle Factory, we experienced Detroit techno. It was the quirkiest club experience I’ve ever had. For 5 hours we felt the welcoming and electric energy of the Detroit techno scene. And dare I say we even learned a thing or two about Detroit as a city.

We took a cab out there to a run down part of town. There was no one out on the streets, not even a sound to be heard. Strange considering we were going to a music event. There was no sign that there was a party on in there or even any people in there. Peering out the Uber, we were wondering if we were at the right place, when we spotted a dim light above a nondescript door and a solo black bouncer standing outside.Enter.Doorway Detroit Nightlife

“Is this where the party’s at?” we asked testily. Nodding, the bouncer let us in the door. After paying the $10 cover, we walked into the courtyard, walking around the loose hose creating a stream on the paved path. It was dead silent still, save a couple of eccentric looking people standing around. I was already mentally preparing myself to leave as the party did not look promising at all so far. Even though I pre-gamed quite a bit for this, I was still feeling out of my comfort zone.

Dark door was the entrance to the warehouse.

We stepped into the warehouse. After my initial survey of the venue, I was still not impressed. There were probably not more than 40 people in a venue that could fit at least a couple hundred. The setup was minimal, the lights were too bright, and it reminded me of a high school dance. The music was good though.

I really was too quick to judge because my positive feelings towards the party only steadily rose as the night progressed.

In fact, there was never a dull moment at this party, despite the fact that the total number of people at this party at any given time probably never exceed 50.

Some of the Randomness that Ensued

Why Detroit is Cool

If it were high school, Detroit would be that chill, down to earth person that everyone wants to be friends with, but somehow doesn’t know she’s cool. She doesn’t fall into the popular kids crowd – she’s not one to be limited by social structures – but everyone is drawn to her, including the popular kids. When you treat others with positivity and sincerity, it draws them into you. And that’s what Detroit did to me.

Detroit residents, perhaps due to years of stagnation and being associated with crime & poverty, are shocked that people would want to visit their city. Despite that, there’s a lot of pride in the fact that they hail from a working class city, where the “Detroit Grind” is something to be lauded. There’s been push back on the “urban exploration tourism” (checking out abandoned buildings) – there’s more to Detroit than its past. They’re eager to show the few visitors they have what there is to offer in the present.

The Brooklyn cool feels fabricated and part of a fad, falling into a specific mold. The Berlin cool is exclusive, wears too much black, and intense. The Detroit cool stems from being open, genuine and even unintentional. Like it’s an “I-don’t-even-know-I’m-awesome” type of cool.

I’m not the only person that thinks so. Midtown Detroit is already starting to attract artists, writers, and musicians, and even draw people to immigrate from Brooklyn. Seems like Detroit may be the next city that hipsters inundate.

As tacky as it sounds, I felt that the PLUR was real there. “Peace, Love, Unity and Respect” – the sacred rave mantra popularized by dance music culture. As an ideology, I love what it stands for, but at the same time it is a cliche that’s tainted by the rave culture going mainstream.

However, PLUR, especially “Unity”, I felt naturally exuded from the community present at the Detroit Pickle Factory that night. The community was open, genuine, and embracing. Maybe it was because of the small size of the crowd, but the vibe was undeniable.

The most special moment of the night came for me when I inadvertently started a bouncy ball dribbling game. There were a couple large balls propped up in ball holders in the back of the room. At first they seemed like giant ornamental orbs and then I realized they were large bouncy balls. I unleashed one of them and started to kick them around the dance floor.

Soon, a circle formed on the dance floor. The stoic tall black guy with dreadlocks and way too many piercings dribbled the bouncy ball under his legs. Then the ball rolled to the Hispanic guy who taught me how to balance my wheelchair, who knocks it to the girl in the sexy dress. The girl kicks the ball back to me and I bounce it onwards to the older guy on the dance floor. No one exchanged words, but for a good couple of minutes in a chilly October night in an abandoned pickle factory in Michigan, a group of people were all smiles, connected by a game of bouncy ball and the pulsating beats of techno music.

I’ve talked very little about the music here. To be perfectly honest, I think the techno was the least memorable part of the night.

Am I saying the music was not good? No, actually the music was pretty damn great! The techno shifted effortlessly between dark, to playful, to experimental. To me this was a social experience over a musical one. It was not one of those parties where I was fixated on the music and dancing while staring intensely at the DJ. However, without the music setting the environment, these magical moments would not have happened. We were not looking at the DJ, nor were we taking pictures with our phones. Just focused on the here and now.

Our night at the Pickle Factory is one I’ll reminisce about for a long time. If I were to change one thing about the night? I would have brought some pickles to share.

The 10 Best Nightclubs in Detroit 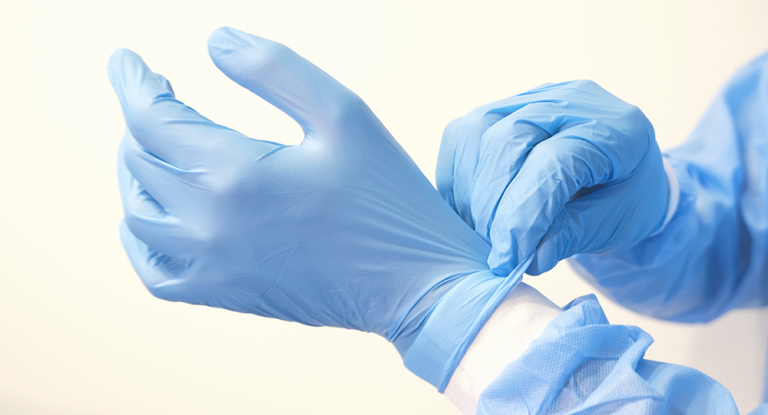 Simple facts about latex gloves that you should know by now 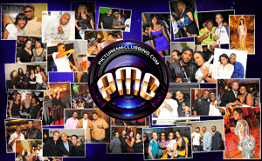